What Is BUSINESS CYCLE?- Definition, Internal and External Causes

What is Business Cycle?

A business cycle is a cycle of fluctuations in the gross domestic product (GDP) around its long-term natural growth rate.

From a conceptual point of view, the business cycle is the upward and downward movement of GDP (Gross Domestic Product) and refers to the time of expansions and contractions in the level of economic activity (trade fluctuations) around a growth trend of long term.

In the diagram above, the straight line in the middle is the constant growth line. The business cycle moves around the line. Below is a more detailed description of each phase of the business cycle:

The first phase of the business cycle is expansion. During this phase, positive economic indicators such as employment, income, production, wages, profits, demand and supply of goods and services increase. Debtors tend to pay their debts on time, the speed of the money supply is high, and investments are high. This process will continue as long as economic conditions are favorable for expansion.

The economy then reaches a saturation point or climax, which is the second stage of the business cycle. The maximum growth limit is reached. Economic indicators have stopped growing and are at their highest level. Prices are at their peak. This phase marks the turning point in the trend of economic growth. Consumers tend to restructure their budgets at this point.

The recession is the stage that follows the peak phase. The demand for goods and services begins to decline rapidly and steadily in this phase. Producers do not notice the drop in demand immediately and continue to produce, leading to an oversupply in the market. Prices tend to go down. As a result, all positive economic indicators, such as income, production, wages, etc., start to fall.

Unemployment increases accordingly. Economic growth continues to decline, and since it is below the constant growth line, the stage is called depression.

In the depression phase, the economic growth rate turns negative. There is a further decline until factor prices, as well as the demand and supply of goods and services, reach their lowest point. The economy finally bottomed out. It is the negative saturation point of an economy. National income and expenditures are largely depleted.

After this phase, the economy is in a recovery phase. At this stage, there is a trend reversal and the economy begins to recover from the negative growth rate. Demand starts to rise due to lower prices and, consequently, so does supply. The economy develops a positive attitude towards investment and employment and increases production.

Employment is starting to rise and due to accumulated cash balances with bankers, loans are also showing positive signs. In this phase, depreciated capital is replaced by producers, which leads to new investments in the production process.

The recovery will continue until the economy returns to sustained growth levels. Complete a full boom and bust business cycle. The extreme points are the high point and the low point.

Who measures the business cycle?

The National Bureau of Economic Research uses quarterly GDP growth rates to determine the phases of the business cycle and also uses monthly economic indicators such as employment, real personal income, industrial production, and retail sales. It takes time to analyze this data, so the NBER will not inform you of the phase until it has started.8 You can check the indicators yourself to see where we are in the business cycle.

Who manages the economic cycle?

The cyclical pattern of changes in the economy is caused by many factors combined. There are internal factors within the economy that can cause these changes. And there are also external factors that can lead to an economic boom or bust. Let’s take a look at all the causes of business cycles.

These endogenous factors can cause changes in the stages of the business and the economy in general. Let’s take a look at the internal causes of business cycles.

Keynes economists believe that a change in demand causes a change in economic activity. When demand increases in an economy, companies produce more goods to meet the demand.

There is more production, more employment, more income, and higher profits. This will lead to an economic boom. However, excessive demand can also lead to inflation.

On the other hand, when demand falls, so does the economic activity. This can lead to bankruptcy which, if held for an extended period of time, can even lead to a downturn in the economy.

Fluctuations in investment, such as fluctuations in demand, are one of the main causes of business cycles. Investments will fluctuate based on many factors, such as the economy’s interest rate, business interests, profit expectations, etc.

The monetary and economic policies of a nation will also lead to changes in the phases of an economic cycle. So when monetary policy tries to expand the economic activity by encouraging investment, the economy will skyrocket. On the other hand, if taxes or interest rates go up, there will be a slowdown or recession in the economy.

There is another belief that business cycles are purely monetary phenomena. So changes in the money supply will cause business cycles. An increase in money on the market will lead to growth and expansion.

However, too much money can also cause adverse inflation. And the decrease in the money supply will cause a recession in the economy. Learn financial management!

In times of war and unrest, economic resources are used to make special goods such as weapons, weapons, and other similar war goods. The focus is shifting from consumer goods and capital goods. This will lead to a decrease in income, employment, and economic activity. Then the economy will experience a wartime recession.

And later, after the war, the focus will be on rebuilding. It is necessary to rebuild the infrastructure (houses, roads, bridges, etc.). This will help the economy recover if progress is made. Economic activity will increase as effective demand increases.

New and exciting technology is always a boom for business. New technologies mean new investments, more jobs, and, as a result, higher income and profits. For example, the invention of the modern cell phone was the reason for a huge boom in the telecommunications industry.

Natural disasters such as floods, droughts, hurricanes, etc. can damage crops and seriously damage the agricultural sector. Food shortages will lead to higher prices and high inflation. Capital goods can also experience a decline in demand.

If population growth gets out of control, it could be a problem for the economy. Basically, the total savings of an economy decrease when population growth is greater than economic growth. Then investment will also fall and the economy will experience depression or slowdown.

The Impact of Supply and Demand on the Business Cycle

At first, the expansion occurs because customers are confident in the economy. They assume that their employment and income are secure. As a result, people spend more, which increases demand, which causes businesses to hire more workers and raise capital expenditures to meet that need. As investors allocate more capital to assets, stock values rise.

Scaling back: An economy undergoes a contraction when interest rates rise too quickly, inflation rises too quickly, or a financial crisis develops. The confidence that fueled demand swiftly fades, to be replaced by declining consumer confidence. Individuals hoard money rather than spend it, cutting demand, while firms curtail output and lay off workers as sales fall. Investors sell stocks to avoid a decline in the value of their portfolios, which causes stock prices to fall further.

During the trough phase, demand and production are at their lowest levels. Needs, however, inevitably reassert themselves. Consumers gradually acquire confidence as output and business activity improve, frequently as a result of government policies and actions. They start buying and investing again, and the economy resumes its expansion phase.

The fact that business cycles move in natural phases does not preclude their influence. Countries may and do use monetary and fiscal policy to control the various stages, slowing or speeding them up. The government is in charge of fiscal policy, while the central bank is in charge of monetary policy.

When an economy is contracting, particularly in a recession, governments utilize the expansionary fiscal policy, which consists of increasing government spending or decreasing taxes. These actions enhance the amount of disposable income available to consumers, which encourages economic growth.

Similarly, in a central bank, such as the Federal Reserve in the United States, an expansionary monetary policy will be used to terminate a contractionary period by lowering interest rates, making borrowing money cheaper, so increasing expenditure, and, eventually, the economy.

When an economy grows too quickly, governments will implement a contractionary monetary policy, which includes decreasing expenditures and raising taxes. This limits the amount of disposable income available for spending, slowing down the economy. To make use of a contractionary monetary policy, the central bank will raise interest rates, making borrowing more expensive and, as a result, spending money less appealing.

Even though they appear to affect merely “the economy,” business cycles have several real-world repercussions for individuals. Recognizing the present cycle might have an impact on people and their lifestyle choices.

For example, while we are in a contraction phase, it is often more difficult to locate work. Individuals may take less-than-ideal occupations merely to make ends meet and aspire for a better position when the economy improves.

To get a full understanding of the business cycle, you have to know what business is, the concepts and characteristics

What business cycle are we currently in?

Mid-cycle period
The United States and other major economies are still in the middle of the business cycle, but an increasing number of signs indicate that the late cycle, when economic growth slows, is approaching.

What is depression phase in business cycle?

In economics, a depression is a major downturn in the business cycle marked by sharp and sustained declines in economic activity; high rates of unemployment, poverty, and homelessness; increased rates of personal and business bankruptcy; massive declines in stock markets; and significant reductions in international trade.

How does business cycle affect our economy?

The business cycle model depicts how a country’s real GDP swings over time, passing through phases as aggregate output rises and falls. In a rising economy, the business cycle indicates a constant growth in potential output over time.

What are the 5 phases of the business cycle?

The economy passes through phases in a business cycle such as expansion, peak economic growth, reversal, recession, and depression, eventually leading to a new cycle. 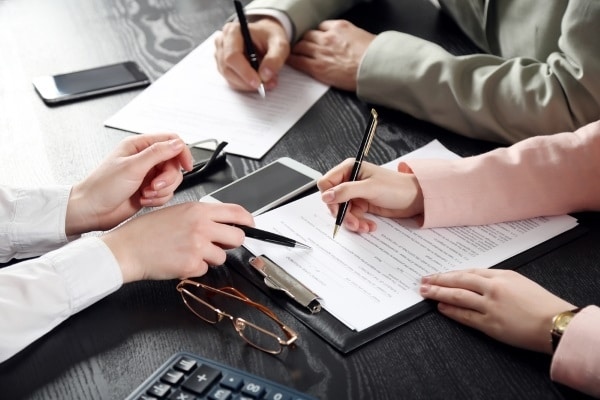 Read More
BBusiness
Table of Contents Hide 1. Do you see a problem?2. Is your solution new?3. Do you have a… 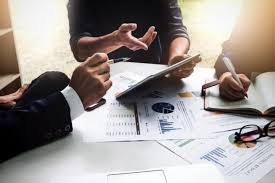 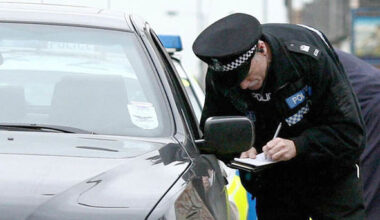 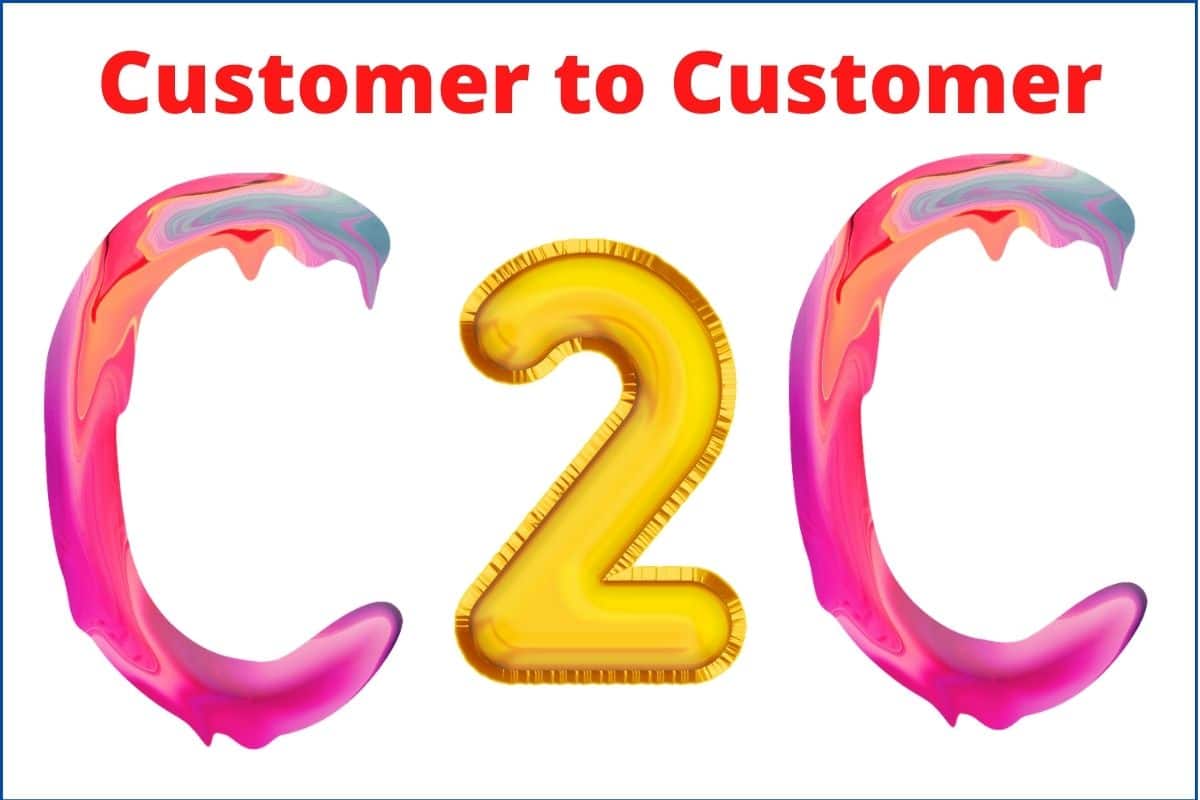