In 2017 or thereabouts, the global market for breakfast cereal brands was valued at $40 billion and is expected to increase at a compound annual growth rate (CAGR) of more than 4% over the next five years to reach $54 billion. The evolution of food habits and the effects of western culture on the nutritional patterns of consumers in growing economies are driving the expansion of the top cereal brands. This post will outline the top 10 cereal companies in the world, private label cereal manufacturers, and the existing black-owned cereal companies in the US.

To meet the rising demand for healthy cereal brands, the top 10 cereal companies depend greatly on innovative products and smart marketing campaigns.  Consumers are switching up their breakfast routines in search of the best breakfast cereal and including gluten-free breakfast cereals in their busy lives. Morning cereals for diabetes are aimed at customers who desire to adhere to a healthy breakfast routine.

Balanced and easy-to-eat food products are becoming more widespread, and customers are becoming more conscious of the need to maintain a healthy diet. The growing number of health-conscious consumers and rising levels of disposable income within the middle class are also likely to boost demand for leading cereal brands. Nowadays, the majority of people are trying to reduce their caloric consumption as much as possible by switching to low-calorie cereals instead of their usual breakfast selections. Additionally, there is a big consumer market in the Asia-Pacific area for the best-selling cereals. Gluten-free breakfast cereals and breakfast cereals for people with diabetes have been significantly increasing over the past few years.

Top 10 Cereal Companies in the World

The following are the top 10 cereal companies in the world.

For decades, Kellogg’s has been making the best cereal in the world and has been ranked as number one among the top ten global brands of cereals. Will Keith Kellogg founded Kellogg’s in Michigan, the United States, in 1906, and it is now one of the world’s major makers of the best morning cereal. In 2017, this top-selling breakfast cereal firm had over $15 billion in revenue and over $2 billion in profit. This company has more than 30,000 employees working for Kellogg’s company. They also produce breakfast cereals for diabetics. The US cereal company has entered into a partnership with Wilmar International, a Chinese agribusiness, in order to expand its market share in China.

For more than a century, General Mills has been producing the best-selling breakfast cereals. Cadwallader C. Washburn, John Crosby, and James Ford Bell founded General Mills in 1856 in Minnesota, United States, and it is currently one of the top ten breakfast cereal brands in the world. In 2017, this well-known breakfast cereal company raked in an estimated $15 billion in sales and $1.6 billion in profit. Over 35,000 people work for this healthy cereal company that creates one of the finest diabetic morning cereals on the market.

A variety of healthy cereal products is owned by Bob’s Red Mill, which is one of the top 10 global cereal manufacturers.

Bob Moore founded the company in 1978 in Milwaukie, US, and it is widely considered one of the world’s top breakfast cereal companies.

In 2017, sales of Bob’s Red Mill’s main cereal products were projected at around $10 billion, with a net profit of roughly $1 billion. Regardless of the height this company has attained, it still plans on expanding its production and distribution everywhere across the world.

Henry Parsons Crowell created the Quaker Mill Company in Ohio, the United States, in 1877. Robbert Rietbrok is the current CEO of this PepsiCo subsidiary, which is well notable as one of the world’s leading morning cereal brands. This top-ten breakfast cereal brand generated over $40 million in profit in 2017 with annual sales of roughly $200 million. For more than a century, this wholesome cereal company has employed over 600 people throughout the world.

Nestle Cereals is one of the top 10 breakfast cereal companies in the world, delivering some of the best breakfast cereals for diabetes. In 1991, General Mills and Nestle formed a joint venture to produce the world’s greatest morning cereal under the name of this top cereal brand. In 2017, this popular breakfast cereal company reports to have generated $120 million in annual revenue and an operating profit of around $45 million. Breakfast cereals made by this well-known firm are gluten-free. Over 1,800 people work for Nestle in its cereal division.

Erewhon is one of the most popular breakfast cereal brands in the world, and it has been in business for a long time. It was in Boston, Massachusetts, in 1966 that Aveline and Michio Kushi established this well-known cereal brand. More than $10 billion in yearly revenue and over $1 billion in operating profit were realized from this top 10 breakfast cereal company in 2017 with four retail locations in the North American area. It has over 1,500 employees that specialize in the production and marketing of the best gluten-free breakfast cereals. In the United States, Erewhon remains a popular brand among children, which everyone can see in the company’s rising income and sales.

The MOM Brands Company was created in 1919 by John Campbell in Minnesota, the United States, and is a major morning cereal brand. More than 50 nations across the world are served by this top-tier cereal company, which provides one of the finest diabetic morning cereals. With an anticipated annual turnover of about $700 million in 2017, MOM Brands Company is one of the most successful morning cereal brands in the world with more than 1,400 people working for them, which is the third-largest in the United States.

For over a century, Post Holdings, Inc. has been making one of the finest breakfast cereals. Post Cereals is a well-known cereal brand in the United States. It was established by CW Post in Missouri in 1895. One of the most popular breakfast cereal companies in the world is known for making gluten-free breakfast cereals for diabetics. An operational profit of about $1.5 billion was recorded by Post Holdings, Inc. in 2017, with a yearly revenue of $11 billion and more than 4,000 employees across the world.

Kashi is one of the world’s most popular brands of gluten-free breakfast cereals, having been in business for more than 30 years. Founded in San Diego, California, in 1984, by Philip and Gayle Tauber, the company has now become a household name. It is one of the top 10 cereal companies in the world, with an annual turnover of over $80 million and a net profit of about $28 million in 2017. It has more than 500 employees dedicated to producing and distributing the best morning cereals for people with diabetes.

Some partnering companies desire to make their own cereal and test the market without investing in pricey milling and food processing equipment.

In a co-manufacturing collaboration, company partners with a private-label manufacturer to increase its manufacturing capability. Private label cereals are usually limited-edition items, although longer-run varieties are also available. The advantage matched firms have is that they generate sales on a product they couldn’t sell otherwise, while the private label company obtains exposure, a customer base, and higher advertising with less risk to both parties.

The following provides important details about the leading manufacturers and suppliers of cereal sold under a private label.

Apparently, the only black-owned cereal company recognized in the US is owned by Nic King, which was founded in 2020 during the pandemic. Despite the continued pandemic, Nic King chose to achieve his entrepreneurial aspirations and eventually established the first black-owned cereal.

The newest cereal, “PROUD PUFFS,” founded by Nic King, is a vegan, gluten-free chocolate-flavored cereal that comes in the shape of a raised black fist.

According to a study, African Americans and Latinos are more prone to eating sugary, low-nutrient cereals than their white counterparts. Hence, the cereal market expects to reach $40 billion by 2023, although there are few brands that blacks own, indigenous, or other people of color (POC) (BIPOC).

These companies include Uncle Ben and Aunt Jemima

The current brand owner of the Aunt Jemima brand (PepsiCo), quit using the name and all products of the brand began answering to a new brand name; Pearl Milling Company, in June 2021, which is the name of the company that manufactured the product in the first place. It was due to the backlash over its racial stereotype connotations, that they had to rename Aunt Jemima. This company’s product labels showed a black woman dressed up as a minstrel figure, which didn’t sit well with the general public.

Ben’s Original, which people know to be Uncle Ben’s, is an American brand of parboiled rice and other foods. It was created by Converted Rice Inc., which is now owned by Mars, Inc. Its main office is in Denver Harbor, which is in Houston, Texas. Uncle Ben’s rice was first sold in 1943. From 1950 until the 1990s, it was the most widely known rice in the United States. After the George Floyd protests, it was renamed “Ben’s Original” in the US in 2020. An older African-American man in a bow tie was the face of Uncle Ben’s items from 1946 till 2020 when they were rebranded.

Nic King owns the only notable black owned cereal company and soon to be companies many know as proud puffs in the US.

What are the leading manufacturers and suppliers of cereal sold under

The following are the leading manufacturers and suppliers of cereal sold under a private label.

What are the top 3 cereal manufacturers?

What is a Schedule C Tax Form & Who Needs to File?

HOW DOES SALARY PAY WORK: How Salaried Workers are Compensated 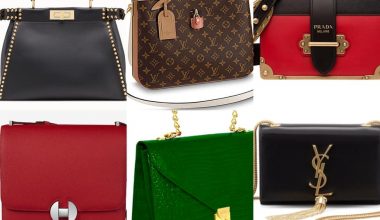 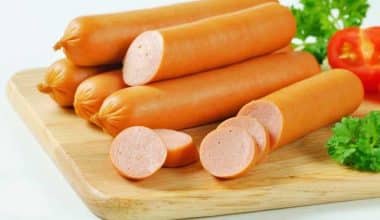